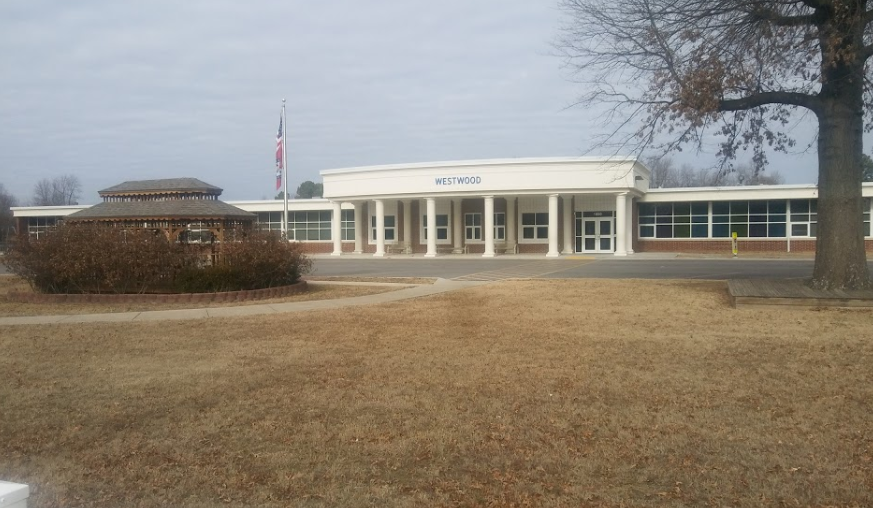 Westwood is a PK-5th grade, neighborhood, elementary school located in the heart of Springdale. It opened in 1959, when its mascot was the wolverine. Since then it has adopted the wolves as its new mascot and has undergone a few renovations with the most recent being the addition of a new library media center in 2010 and an updated building front and administrative offices in 2014. Westwood was recognized as a National Blue Ribbon School for the 1989-90 school term. A group of teacher leaders and the principal, Dr. Jerry Rogers, traveled to Washington, D.C., and Ms. Fowler accepted the award on the school’s behalf. Westwood became the first International Baccalaureate Primary Years Program school in Springdale in 2008, and was recognized by the Arkansas Department of Education as a School of Innovation in 2014. In 2012, Westwood received the Gold Award of Distinction in the Healthier US School Challenge that recognizes excellence in nutrition and physical activity by the Food and Nutrition Service of the U.S. Department of Agriculture. 2013 marked the inaugural year for the Westwood EAST Initiative program bringing sophisticated technology and innovative, community service oriented problem solving to the classroom.  In 2020, it was voted to drop the IB program.